Press enter to begin your search

“I’ve marveled at this product from the beginning,” said Aaron Simmons, Chief Security Information Officer, GRTI. “The ability to interrogate your network and identify truly what is happening, in a short period of time and perform threat hunting live, is awesome. Not to mention the intelligence feed they’ve put into their eco-system is the best I’ve seen to date.” 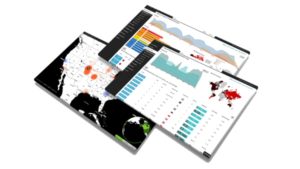 Mantix4’s cyber intelligence platform was originally developed by a team of defense intelligence, cybersecurity, and military experts to reduce the complexity of current cyber intelligence solutions so that any security analysts with minimal training can become a cyber threat hunter. Effective cyber security involves human intel and curiosity coupled with automated and artificial intelligence.

“Cybercrime damages are predicted to cost the world $6 trillion annually by 2021,” said Stubbs. “We’re in the era of the Dark Web and sophisticated cyber attacks that can disguise their behavior or even ‘play dead’ for months. The choice is to either proactively find and neutralize cyber threats that are lurking or wait to receive security alerts after the fact. It’s either hunt or be hunted. At Mantix4 we choose the role of the hunter.”

Mantix4 founders, John Stubbs and Chris Dodunski, have a combined tenure of 50- years in the cybersecurity and defense industries. “Cyber attackers are becoming increasingly sophisticated and well-funded, and we knew it was vital to develop a platform that utilizes white hat hacking to lure, expose and eliminate threat actors before they detonate and cause serious harm,” said Chris Dodunski, CTO and co-founder, Mantix4.

Due to the shortage of IT and cybersecurity personnel, it is more important than ever to work with a solution that can turn virtually anyone into a threat hunter with minimal training. Mantix4 was designed to cut through noise and clutter by proactively identifying and prioritizing abnormal patterns and behaviors threatening a network. The goal of the technology is to allow anyone within an enterprise setting the ability to predictively, proactively and forensically identify and remediate dangerous cyber threats before reputations are tarnished and money is lost. Mantix4 will have a product demo in booth number 4442 during RSA 2018 and invites members of the press to email our communications team for a product demo during the show.

About Mantix4
Mantix4’s M4 Cyber Threat Hunting Platform was originally developed in 2011 by a team of defense intelligence, cyber security, and military experts. Mantix4 leverages advanced threat intelligence, big data analytics, and behavior anomalies, to give users context-based threat intelligence through a highly-visual platform. The system can even detect and neutralize sophisticated breaches, including advanced viruses that can ‘play dead,’ and lie dormant in a company’s systems for months. The solution is delivered over the cloud in a Tier III Gold Certified Data Center, and also through MSP/MSSPs with security operations centers throughout the United States, Canada and Europe. Within 24 hours, the platform is proactively collecting and displaying actionable information about inbound, outbound and lateral traffic.